Not so many moons ago we started this little adventure and as I was pondering things this morning I came up with the reality that I have no idea when things changed.  I’m certain it was and is the same for most of you as well.  So, here is a bit of my wandering thoughts.

When did Hoss become a spanko?  Like when did that happen?  My sweet man who has always treated me like a prize (and continues to do so) and would never hurt me has become, a spanko.  Now, you ask, how do I know this? Well, the man gets a certain twinkle in his eyes when he or I mention words like Bertha, Senor Loopy or Sid.  He smiles wide and is at peace just by saying one of their names calmly to himself.  Yes, my friends, when did this wonderful man find his inner spanko.  As the old Tootsie Pop commercial says, “The World May Never Know!” 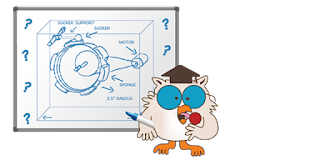 I still love the tootsie pop commercial from when I was a kid.


When did this go from something I wanted. to something we both crave?  I’d love to know when that transition occurred.  It started out as something to help me feel complete and it evolved into something so much more than just being about me and my needs.  It became about him, me, us.  It strengthened our resolve to not be a statistic.  To cherish one another daily. 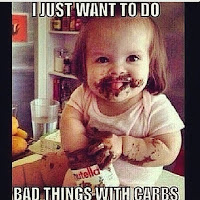 Well, not exactly that kind of craving, but well....


When did we slip into our roles of a traditional husband and wife?  It was something to help our marriage, yes.  But when did it become where I meet him at the door excited to see him.  No, not Ward and June Cleaver stuff, but definitely something that is more affirming, more romantic, more intimate. Where I know he is in charge and it makes my heart beat faster just thinking of him.


When did the spankings make things go from, “Hey, I’ll do this for you, but I don’t want to hurt you,” to “Hey, get over here, I’m going to spank some sense into you?”  Like, seriously, when did that happen?  I want to know when he went from spank carefully, my wife is fragile, to spank happy man? There are days I want Mr. Spank Carefully to return.  Geez. 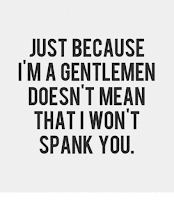 This one speaks for itself.


When did once in awhile “exercise” become apart of the daily routine.  It “came’ quickly, I’d say.  Let’s just leave that one alone, why don’t we…..


When did the focus change from individual, do your own thing, to checking in and making sure we were both good with our plans.  That need to be connected daily and when the connection is not there it is not ignored, but felt deeply.  And knowing there is a way to improve it. 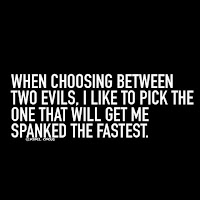 When did we become so connected?  I never remember allowing myself to feel so deeply and yet feel so much more myself at the same time.  Our connection has grown, but I also feel like we are both still so uniquely individual, but more of who we were before, if that make sense.  It as though by being a stronger couple we are allowed the freedom to be more of who we are as individuals as well. 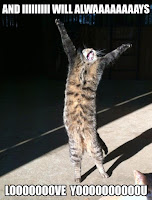 When did I allow myself this vulnerability?  I have always been such an independent woman.  Even as a little girl I “didn’t need any help” and yet now I crave his help.  I want and value his input and wisdom.  In allowing myself to be vulnerable, I’ve allowed him to be affirmed in his role as my protector and leader than ever before. 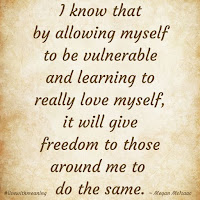 I could not choose between the two of these, so I'm giving you both.

When did all of these things happen?  I do not know, but I’m so thankful they did.

I could go on, but I’m also very curious from the rest of you out there.  When did….(fill in the blank) happen?  I’d love to hear from everyone who stops in, even if you do not have a when did, please feel free to just say, “Hi.”  Thanks again for reading.

And just because it's Friday! 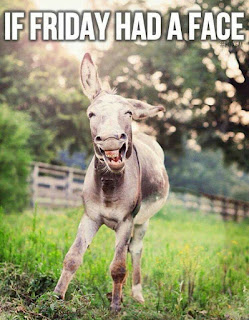