My man, Hoss, is definitely an interesting and creative guy.  He comes up with interesting and creative ways to spank as well.  I know that many of you find that difficult to believe seeing how calm and laid back he can be about most things.  He is a kind man and he does give yours truly quite a few chances to fix my attitude or get something accomplished in a reasonable amount of time before he reacts.  But folks, there are times when enough is enough and my sweet man, puts his complete alpha male persona on and then watch out because someone is in for a spanking and most likely that someone is me! 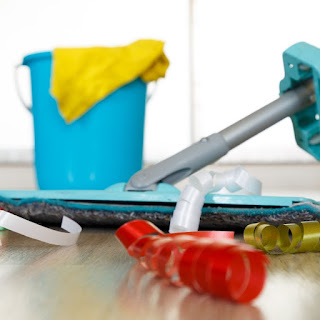 A few days ago Hoss and I were cleaning our bedroom.  This does not happen very often as our room is probably the last room to get a thorough cleaning, but it was one of the things Hoss had on his long list of tasks to get done between Christmas and the New Year.  So he was busy cleaning and I was busy sulking because going through last year's mail was the last thing I wanted to do.  I had other tasks I wanted to do and well I was quickly working myself up into a tizzy.  Why?  Hormones, stress, lack of sleep????  To be quite honest, I have no idea what possessed me to continue to "poke the bear".  We were really both in a good mood, but I was definitely letting the task at hand bring that mood down quickly. 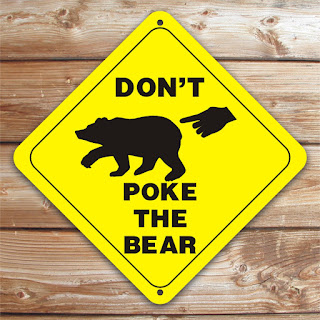 I am not certain what snide remark actually, "broke the camels back," so to speak, but Hoss said something to the effect that he had, had enough and he made a bee line to retrieve Bertha from her special hiding spot.  Now, to Hoss' defense, I was being quite the pill.  He had asked me nicely quite a few times to watch my attitude, but I guess I was not in the mood to heed such sage advice.  I was immediately sobered up and began to ask for a reprieve once I realized he was NOT joking.  Apologies were everywhere.  But my man.  My sweet man.  He was on a mission to remind his wife who was in charge of our marriage.  And ladies if you feel sorry for me, don't.  I deserved everything I was about to get.  Hoss is patient, but his patience has limits too.

Bertha was retrieved and I sat down eyeing him.  This immediate consequence thing was not something I was particularly use to lately.  Definitely since way before I was sick last year.  I sat there until he told me to stand up.  Then I did something equally unheard of.  I said, "No."  He laughed.  We both knew that it really didn't matter what I said.  This was going to happen.  Seeing I was not going to just bend over the bed and accept some well deserved discipline.  I stood up and wrapped my arms around giving my man a huge hug and playfully swatting at him.  I was trying to change the mood and seeing he had laughed, I was hoping that maybe he would put that mean looking bath brush back into the nether regions never to be seen or heard from again. 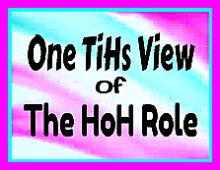 Now, for those of you who do not know me well or perhaps have not read my blog or for those needing a refresher.  I am not known well for accepting discipline as easily as I should.  I know.  We have been doing this for almost six years but there are days I still fall short in having any sort of natural obedience or submission.  I admit it.  I am not gracefully punished.  I am sometimes spanked with resistance in attitude and actions.   Hoss and I both know this is something that should no longer challenge us, but it does and yes, I've been spanked for it on occasion.

Today though, my delay tactics were not met with the same counter tactics as normal.  There would be no time in the corner or negotiations.  No, today Hoss had the upper hand and I had no idea what I was walking into.  I was trying to apologize and hug it out so to speak.  Hoss hugged me back with one arm effectively pinning me against his body.  The other yielded Bertha with precision that should not be allowable when getting a bear hug from one's man.  I was pinned.  I squirmed.  I wiggled.   I fought to get free.  He hugged me harder and spanked away.  I was stunned.  At a total loss at what to do.  I hugged him harder simply due to not having the ability to push away from him. The thing was I was getting exactly what I deserved for my sour attitude and sass.  I was getting the reset I needed and yet I wasn't fighting against Hoss so much as myself.  I hate to admit when I am wrong and my stubbornness is my downfall in these types of situations I find myself in... 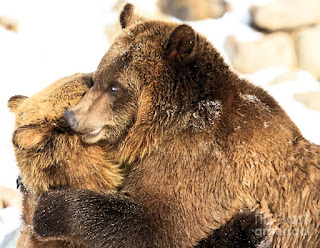 Hoss is talented.  He knew when he had defeated my attitude. The struggled hardly left when he miraculously and mercifully stopped spanking.  I used to need a lot longer spanking to curb my attitude and stubbornness, but now?  Barely a dozen swats and I was a pile of mush.  Maybe we've both grown after all?  He continued hugging me, speaking words of encouragement, but also reminding me he was done with the attitude and snarky remarks.  He released me and put Bertha away. I wiped tears from my eyes with one hand and rubbed my bum with the other.  Once Bertha was secured Hoss gently hugged me again, but this time grabbing both bum cheeks and squeezing them tightly.  "Maybe now, you'll stop when I tell you to stop."  I gently swatted his arm and he laughed.  I love my man's laugh, it's heartfelt and genuine.

Hoss can be so funny sometimes.  He knew that a serious spanking was not needed. He knew I needed a reset more than anything.  He provided it in a gentle (not so gentle) reminder with a hug!

PS I have missed being here and have made it my New Year's goal to try and post on Mondays and Thursdays.  Help remind