When Mistletoe Comes A-Knockin’ and the Bed Starts A-Rockin’

“Hmmm…” he thought as carefully felt for her clit.  He began to tap it gently and Becca let out a whimper.  “Does my sweetness like that?”

“Yes, sir,” she mumbled into the pillow.  Becca more than liked it, she loved feeling his fingers explore her nether regions.  Even though her bum was smarting, it was no match for the magic sensations his fingers worked and overpowered any lingering pain she felt.  She gently ground into his ministrations as they worked to get his clothing off.  Naked together was definitely better.  Soft sweet caresses and long passionate kisses warmed them both up.

Hugh knew that Becca loved her nipples nibbled and sucked on.  He immediately went to work on the right one suckling long and hard.  He was eager to make her squeal with delight and it only took mere seconds before she was squirming and whimpering.  Hugh enjoyed this part of their lifestyle the best.  The “making up” kind of sex and the sheer enjoyment of one another’s bodies.  He moved his mouth to enjoy her other breast as Becca’s hand began to lightly rub Hugh’s back, butt and then his member.

Becca had struggled early on in their marriage with being touched.  It could often overwhelm her as negative memories from her past would flood in to take the place of the new ones.  Hugh and TTWD had helped her to conquer those old demons.  Now, she could just enjoy Hugh’s sucking her nipples and maybe in a few minutes she could return the favor and provide his cock a bit of loving too.

Hugh grinned as he teasingly pulled her left nipple to its limits and enjoyed the taste of his wife’s soft delectable skin.  “May I take a taste of your clit, my love?  See if I can make you go long and loud?  Will you moan for me?”

Becca giggled.  She nodded a grin filling her face as she quickly flipped over.  The grin left immediately as she had already forgotten the immense pain of the spanking.  “Owww!”  She cried out and tried to reposition herself more carefully.  It was now Hugh’s chance to grin.

"Is something wrong,” he teased. “Surely, your bum isn’t that sore, is it?  I must not have done a thorough enough job.”

“Oh, you were plenty thorough, Hugh.  Probably too thorough.”  Hugh always enjoyed hearing about his handiwork.

“Now, where were we?  I believe you offered to give me a mind blowing orgasm?” Becca said softly.

“Oh, that’s right, well, only if it won’t cause you too much pain.  Otherwise we can skip it and go straight to you sucking me off.”  Hugh said making Becca turn beet red.

“No, Sir, I’d really appreciate the release first.”  She was seriously embarrassed talking this way, even to her man, but at the same time, she was dying to have a release after such a long, hard spanking. 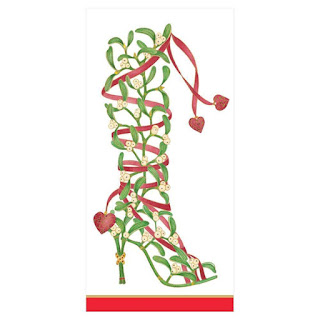 “Well, then, you’re about to get your boots knocked off.”  And with that he practically dove between her legs and began to use his tongue to drive her over the edge.  He delivered the orgasm her body so desperately craved within seconds and just to add to her satisfaction he gave her two!

When Becca finally caught her breath Hugh encouraged her to repay the favor.  Becca slid down to lean on Hugh’s legs and began sucking, licking, and teasing Hugh’s member with her mouth, teeth and tongue.  Becca could usually keep him entertained for quite a few minutes, but tonight Hugh almost immediately pulled Becca to lay on his chest.

“I can’t wait to have that sweet pussy.” Hugh said, grabbing the back of her neck and pulling her hair into his fist.  “Get on my cock!”  Becca did as he commanded her and quickly slid down onto Hugh.  The pounding of their bodies, the demand for hard, rough sex, and the night’s spanking overwhelmed them both. After several minutes they lay next to one another, soaked in sweat, and both shivered at the same time.  Hugh covered them with a blanket and Becca was softly snoring within seconds.

As Hugh cuddled Becca in his arms he was satisfied with her discipline and the calmness it brought to both of them.  And the make up sex was pretty amazing too!

We have one more chapter to finish up this little Christmas gift from us to you. We hope you've enjoyed it!  We definitely have had a great deal of fun writing it for you.  Last Chapter will be posted by Friday.  Come back and check it out on Amy's blog https://eric51amy49.blogspot.com/.