When Mistletoe Comes A-Knockin’ and Satin Rope Does the Trick 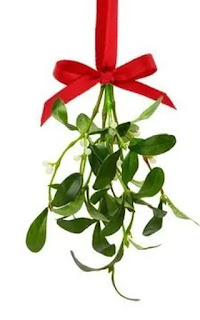 “How are you feeling, love?” Hugh asked genuinely, taking his wife to their bedroom and gently laying her across the blue and white striped comforter.  He believed in the lifestyle and had seen the miraculous changes in their marriage and his wife since they had started years ago.  That said, he was always respectful of the fact that she was the one who permitted him to have the role of HOH and make the decisions for the family as a whole. After every disciplinary session, he was sure to check in and make sure the goal was met and Becca was in a good place.

All of the nerves and receptors in Becca’s body were on fire.  The thoughts in her brain were clear for the first time in weeks and while her bottom would be sore for days, her body felt oddly relaxed and alive.  She wanted to jump on the bed and yell at the top of her lungs, “I love you, Hugh!!! And I love the way you make me feel!!!” but she had just been punished and this was supposed to be a serious time, a time for reflection.

“I’m okay,” she said, rubbing her bum and giving Hugh the best puppy dog eyes she could muster.

Hugh was immediately suspicious and wondered how, just moments before, she was begging him to stop and now seemed to be hiding something.

“Did you learn your lesson, young lady?” Hugh used his stern tone to ask the question but his voice cracked a bit at the end as he tried to conceal a laugh. Becca was so lost in her own head, she was sliding off the bed, and had he not grabbed her foot would have landed smack dab on the floor.

“Whoah!” she yelled as Hugh pulled her to an upright position.  She flopped forward onto her stomach and looked back at him with a huge smile.  “Thanks honey!”

Eric shook his head and attempted to return to the seriousness of the situation at hand.  “I asked,” he finally spoke with his most HOH of tones, “if you had learned your lesson.”

“Pretty much,” came the reply and a flash of Becca’s most mischievous of grins.

“That’s it,” Hugh pronounced.  “On your knees girl!”  He got off the bed and went to their toy chest where he pulled out the black satin rope she had given him for his birthday a few weeks ago.  Becca knew this drill and it was one of her favorites so she was ready, kneeling in front of the full length mirror where they could both watch the way the satin would decorate her body.

“Look at you,” Hugh said, cupping her breasts and staring at the reflection with her.  “You are stunning, honey.  Just stunning.”

He handed Becca the middle of the rope and sat back on the bed watching her do her part. They had seen this on a Youtube video and both found it very erotic and seductive.  Taking her hair and splitting it into three strands, Becca began to braid the rope into the two outer bits until the satin rope made an elegant pattern through her hair.  Once she reached the ends, Hugh took over and wrapped tight circles around each breast, criss-crossing in the middle of Becca’s sternum.  He made his way down her belly, bringing the rope to her back, then front, then back again until he tied off the remaining bits to hang just above her clitoris. Together they surveyed their rope work in the mirror. Hugh called out to “Alexa” and put on some sexy music, performing a mini strip tease for his wife. A button, a zipper, a thrusting of the hips and voila! There he stood in all of his glory. 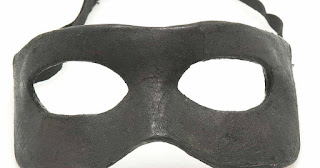 “I’m not sure you got the full message,” Hugh said, grabbing Becca by the back of the head. He was about to force her lips to his cock but stepped back instead and told her to “hold that thought.”  A minute later, Hugh came back with a black eye mask like the Lone Ranger used to wear.  “Here, honey,” he said, placing the mask over her eyes and securing it over the folds of rope and hair. “Now that’s sexy!”

Becca took a peek in the mirror and agreed, amazed that even she found herself tantalizing.

“Now,” Hugh commanded grabbing a hold of her head and pushing himself up to her lips, “make Daddy come.”

Becca burst out laughing and so did Hugh.

Hugh reached down and hugged his wife, laughing while his cock swung freely in the space between them.

“I don’t know where that came from,” he chortled.  “Let’s try this again.”

A few remaining giggles here and there, and the couple finally slipped into their roles.  Hugh talked his wife through the act before her.

Becca was nervous because she didn’t have her hands to help with positioning or stability.  She was afraid Hugh might go too deep and make her choke or worse, that the saliva build up would have her drooling all over the floor.  She pulled her breath in and flicked her tongue on the tip, across the V (the underside where the circumcision ends), and then caught a glimpse of herself in the mirror.  Hugh’s rock hard cock at her lips, her cheeks sucked inward defining her cheek bones and making her face look thin and attractive, it was as though she had never seen that girl before.

“I’m getting close,” Hugh broke the silence and Becca continued to stare at their reflection as her husband slowly pumped his entire load into her waiting mouth.

“Better not swallow yet,” Hugh warned, stepping back and looking down at the woman who had just turned him inside out.  “Let me see.”

Moments later, Becca and Hugh were rinsing her mouth in the shower with a wet satin rope at the bottom of the tub.

“Dang I need a nap,” Hugh said, drying Becca off while trying to keep his eyes from closing before they made it to the bed again.

As Hugh cuddled Becca in his arms, he was satisfied with her discipline and the calmness it brought to both of them.  And the make up sex was pretty amazing too!

Dear Readers, We have one more chapter to finish up this little Christmas gift from us to you. We hope you've enjoyed it! We definitely have had a great deal of fun writing it for you. Last Chapter will be posted by Friday. Come back and check it out on Amy's blog https://eric51amy49.blogspot.com/ . Merry Christmas! Baker and Amy