I have had a lovely week away from blogland and have done a great amount of self reflection. I left you all last week with the concept of a list and schedule for me to work diligently on.  I had a terrible time following the new schedule because of one little word.  Control. 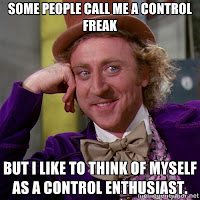 I do not like to feel controlled or be controlled. I enjoy being in control.  That does not play out well since we began DD/TTWD last spring. It did not play out well last week at all.  What I did end up doing was taking a the time off from the computer to do a great deal of thinking. My man and I also had a weekend away without children, so more discussion was done regarding the list and schedules and desires for our family in general.  My husband also took this opportunity to introduce my bottom to a quiet implement that literally had me doing a dance that I do not care to repeat.  I also found out a little bit more about control in the Carlisle household.  Let’s lay out the situation.

Yours truly can be very submissive or very controlling.  I chose the trip back to our place of lodging to be very controlling over something very ridiculous--traffic.  Three lanes were merging into one and there were people who were not waiting their turn and trying to speed up and cut in.  I was trying to explain that I used situations like this to explain to our children how it makes others feel when you cut in line or do not wait your turn.  My hubby had a different point entirely.  He felt it was a good time to teach our children to be patient with others who want their own way.  An opportunity to show kindness when kindness is not shown to you.  Both points were equally valuable, but it was at this time that I was clearing speaking over him and refusing to listen to drop the subject so he could just focus on the traffic jam.  I finally conceded, but the foundation had been laid to try out that new implement. 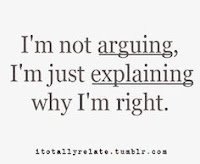 (Unfortunately this is what gets me in trouble far too often!)

When we returned to our room I used many excuses on why he could not spank me here.  It would be too loud.  No, he said, it would not, the implement was quiet, it was me who could choose or not choose to be loud.  Someone might hear anyway I said.  He told me to hush and bend over. The tv was on and our room did not have anyone on either side of us.  I did, but with the first swat I was up and moving and having none of that stingy thing.  Again.  I was trying desperately to control a situation that I had no control over whatsoever.  Finally, after many more swats and me jumping around trying to avoid every single one he put the wicked loopy implement down and walked away.  I thought he was just finished, but in all reality he was trying to calm down.

A good bit later after we both had just sat and watched tv and ignored one another I asked him if he wanted to play cards.  He frowned.  I asked what the matter was with him.  I was told I had not submitted to his discipline and that did not sit well with him. 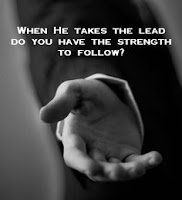 I sighed.  I knew I had not.  A few more minutes passed and I took a deep breath, got off the bed and pulled my pants off and leaned over the bed.  He asked what I was doing.  I said submitting as best as I could.  He nodded and came over to me, grabbing that wicked “quiet” implement, and started in before I changed my mind.  I actually managed to submit to the whole spanking keeping quiet or practically gnawing a corner of my pillow off as I bit into it to keep quiet. When it was over and he rubbed my back and bottom he told me he was so proud of me for submitting to him.  Folks, I may have been sore, but I felt like I was on the top of the world with that little comment.  The rest of the evening followed with other things that were enjoyed as well.

So, I found that relinquishing control is hard to do.  Submitting in obedience is hard to do, but we were both so much better for it when we know our roles.  I learned how easy it was to disappoint him when I did not follow him or “lean in” as Meredith has so beautifully said before.  That it feels good and makes him proud of me when I willingly submit to his authority rather than fight him tooth and nail for control.  It is at the very heart of ttwd/dd to submit and relinquish control and allow your man to be the head of the household in more than title only.  We were also able to work towards a list and schedule that should help all of us maintain and reach goals that we have set for ourselves and our family. 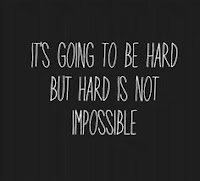 Hope everyone is doing well and has an awesome week!  That you have your Christmas shopping complete or if you are celebrating another holiday that you are relaxing and enjoying it was well.  God bless!
--Baker