So, that’s my past few days in a nutshell.

I would love to say I could settle with being that short winded version of a post, but I would rather have answers to my questions and I’m hoping all of you wise folks will step up and help.   Here’s what happened.

Tuesday night my man came home from a long day at work.  We were suppose to decorate the tree, but I had forgotten about getting it up and in the stand, so the limbs could rest and fall naturally. Well, we were in the process when my man arrived home from work.  We were using the wrong kind of saw to trim the lower limbs and trunk.  Now, I knew this, but in my impatience to get the tree up I let the older boys use the wrong kind of saw.   He was not happy to learn we were using the wrong saw and working far too hard when we had the right tools to do the job correctly, but could not find them. A problem that happens a lot when kids do not put things away properly.  Lecture ensued for the boys about putting tools back and using the proper tool for the job.  I could tell my man was upset with me for allowing this to happen at all.  I choose to ignore him.  That was probably mistake #1.

Half an hour or so later I go downstairs to our room and he is sitting in bed on his phone.  I make a comment or two about letting it go about the tools and an attempt at an apology.  That was not the right thing to say.

Can I just interrupt this post and say that whoever thought up cherry cordial hershey kisses was a genius???  It’s helping me write this post and I just could not help, but share my thoughts on how yummy they are…................. 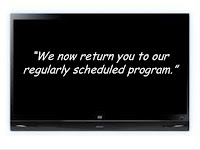 So, back to the discussion in the bedroom.  I try to make small talk, does not work.  I decide to go about my business of getting laundry done and such.  I come back, hoping he is calmer.  He is, a bit.  I sit down to snuggle and hang out and not five minutes later our youngest waltzes in wanting me to read a book.  We had just begun to talk, not the best time to interrupt.  My hubby says, “not right now.”  Um, mistake #2 is coming,  I said, “yes, of course I will read to you."  So, the little guy snuggles onto my lap and I read, “If You Take A Mouse to the Movies,” with him.  (Can I just say it is completely possible to feel the heat radiate off a person when he is really angry?) The little guy was asking questions (wonder who he gets that from) and I answered the endless line of questioning and then tried to shoo him on his way. 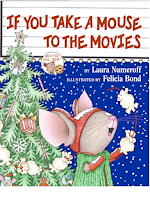 (By the way, I love this little book!)

Little guy went off to play and I turned to my man.  The discussion became heated very quickly.  Not going into too much detail, but the conclusion is that I became very disrespectful and well, downright rude. Wow, that was very painful to admit on paper.  Let’s just say that would have been mistake #3.  Mistake #4 quickly followed by leaving the room under the pretense of sending kids to bed.  Well, I just did not come to bed, for hours.  I was angry and hurt and well, genuinely frustrated.  I knew I was in trouble the longer I thought about it, but well, it did little to quell my anger or diminish my feelings that I was right.

So Wednesday morning rolled around and the argument continued.  Not good.  Not good at all.  I tried to explain myself and put my foot in my mouth and chewed vigorously.  Yes, more hurtful words passed between us and he left for work.  I was devastated.  Just an input here that my man does not like to spank in anger, and he was plenty angry, so no spanking happened.  It was one of those arguments that would have last for several days before ttwd.

Well, that was not the only source of my sorrow, so I then proceeded to throw myself a bit of a pity party.  Some of it was justified, it was a death anniversary of a precious loved one and even though she has been gone for years, it hit really hard this time.  I’d also had a misunderstanding of sorts with a friend.  I was also dealing with a SIL that has caused me problems in the recent past, but we had resolved the issue, but I then felt the need to feel guilty about it all.  Let’s just say there was a lot of guilt going around and I was the one carrying it. 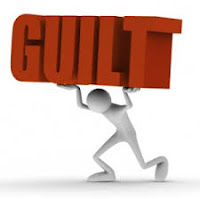 Interrupting again here to say that someone really needs to go to the store and purchase a large container of strawberry cheesecake ice cream.  This post is taking forever to write and the cherry cordials are not cutting this little pouring out of the soul post…………….now, on with the post.....

So, all in all there was a ton of hard stuff going on in my heart and my disagreement with my man was upsetting me to the point that I was not eating and just wanting to curl up and cry.  The man and I had an appointment at lunchtime at the bank, so I picked him up from work.  We finally began to talk, gently.  After the meeting, we had lunch and talked some more.   He held my hand on the way to the car.  By the time I was taking him back to work I was apologizing for my actions.  He too apologized for his part.  I did not need to ask what would happen later.  That was a given.

Last night, after I took the kids to church for Wednesday groups, I went home to my man.  He was waiting in bed.  I crawled up next to him.  He held me for a minute and said, “We need to take care of things before anything else can happen.  Go get, Bertha.”  I nodded and went to retrieve that blasted bath brush.   As I started to get onto the bed he told me to drop my jeans.  I asked about keeping my panties on.  Nope, everything off.  I complied.  No arguing.  I grabbed my big pillow and laid over his lap.  Wrapping my arms around that huge pillow and tried to breath.  He said, “thank goodness the kids are gone because I can be as loud as I want and so can you!”  He started in spanking hard with no warm up whatsoever.  Between the lecture and the spanks from him and me squirming and asking for him to let me up in addition to my ouching and pleas to stop it did get quite loud indeed.

Then about halfway through I squirmed away onto my side.  Yes, big mistake, I know.  I have no idea why I do that.  Wait, yes, I do.  My bum was on fire and I wanted that spanking to stop, gosh darn it!  It did not!

With the admonishment to me that he alone gets to decide when the spanking stops I was ordered back over for some more.  It felt like forever before he started to rub and talk, talk and rub.  There were a few more swats as I was not quick enough in my answers, but for the most part those were with his hand.  No tears on my part, which I had desperately hoped would happen.  I wanted to cry so badly all day, but just could not.

Interrupting again, but for the last time.  Wow, this is a long post.  I need some hot chocolate.  Wait, no I take that back.  Too late for any more caffeine. Oh, wait, I just had a ton of chocolate. I guess it’s too late to worry about my caffeine intake, hot chocolate it is…………………..

The slate was clean, the air was clear, peace was ours, but this morning we did maintenance anyway.  I just felt that I needed it.  I knew things were on the up and up, but I just needed the reassurance that all was good.  It hurt, but was not horrible.  We are all good again.  The pity party is over, so what’s the question?  Well, I have several.  Feel free to address all of them or just one or two.

What do you do when you know you deserve a spanking or have earned one, but he is too angry to handle it?  Does your man spank in controlled anger?  Is that easier to deal with than having to wait it out?  Has things ever spiraled out of control for you to the point that you wondered where ttwd/dd had gone?  Have you been left to stew on the issues and things have festered instead of being resolved?  Examples are helpful for me.  I’m trying very hard to figure out at what point I should have stepped back (I’m sure there are several) that could have fixed the problem before things snowballed.