Awww, the busyness of the season is slowly ebbing away as we edge towards the new year.  This week will be slower and more focused on cleaning and resting.  That's pretty much the only items on the schedule for us this week.  The kids are not happy about the deep cleaning part and really, neither am I, but it needs to be done.  The hustle and bustle of the holidays take their toll and our little house is feeling the effects.  So, decluttering is not one of my favorite past times, but with all the new items from Christmas and just general pack rat habits, things need to be set to order again. 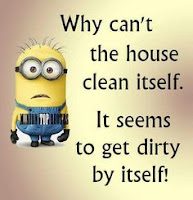 I was already planning to do this on my own, but my sweet man decided to help me.  Let me lay out yesterday for you.

Yesterday was spent away from home with two separate sets of,Christmases with the in-laws.  We spent time with my mother in law and then with my father in law and step mother in law.  All went very well.  Yes, I was able to successfully enjoy my in-laws (including my sister in laws that I'd struggled with right before Thanksgiving) and my man was pleased.  All was going very well until the trip home.  I was reading and he was driving.  He was tired and wanted to engage in conversation the last while of our drive to help him stay awake and focused.  I put my phone down and he asked about the schedule for the week.  He asked for a pen and paper.  I said I had none and I felt my hackles rise up. He handed me his phone in which to take notes on.  I was already groaning on the inside.

My attitude began to appear.  I sighed, gave a dirty look and went quiet.  Um, I will admit right here is where the switch was flipped, in both of us.   I should have stopped right then and there and put my submissive role as his wife to good use.  I did not.  This was to help him get through the drive home, not necessarily to engage in the huge issue it became simply because I was not in the mood to talk or discuss anything.

I did not want to spend the last of the drive home writing a list.  I wanted to read a book.  I went from being a submissive wife wanting to work together to keep him awake to a complete and utter grouch. He had no choice, but to deal with the wife at hand and went into full HOH mode. Woe to the wife who stood in his way.  The stern voice came out and I was to listen.  When I tried to argue (yes, I know, not a bright move on my part) he began to lecture.  Our children thankfully were either sleeping or plugged into their devices of entertainment in the back seats.  The lecture was not for their ears anyway, but for mine and mine only.  When the attitude that I had copped did not dissipate he became silent.  Then, in what I will describe as a barely audible growl, I was told that we would discuss this at home in T minus 20 minutes.  I decided that silence was better than trying to argue my way out of things.  Had I not already made things difficult enough for myself with all of the glares, sighs and arguing already? Instead I sat and contemplated how I again got into this situation with my sweet man. Things had been going along, so well all day.  Why did I not choose my words carefully or still my grumblings before it became an issue?  I know I need help keeping on target when it comes to cleaning.  Those flip flops of the tummy began and I thought hard on a way out of this mess, but my words and expressions had already sealed my fate.

We arrived home and he quietly told me to make sure everyone was settled and I was to come to him quickly afterwards.  I tried hard to get everyone to sit and watch a movie upstairs far away from our room.  Once everyone was reasonably situated I went to him.  I locked our door and joined him on the bed.  There was discussion on my disrespectful attitude was unacceptable. Also, how I was to comply with making a list for this week, so things could be accomplished in a timely manner..  Yes, I know, I've already told you my detest for lists. He wanted the list written out, so it would be easier for me to follow and for him to lend encouragement when I became frustrated.  I knew I needed his help to stay focused and a list does that well for me.  I was reminded of what I said I wanted and needed to accomplish for the rest of the week.  These are things I had told him I needed to get done, but he wanted it written out. 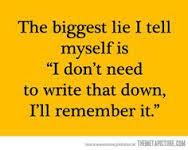 I do not like this part of things.  I needed it detailed and written in a way that I would not easily become overwhelmed.  My attitude was not helpful here.  Again with the list I think in my head and it shows on my face, for that I am certain.  He did not appreciate my attitude.  I was spanked quite soundly once this was said.  He knew I needed help in this area as it is much easier for me to sit and read all day long with only minor accomplishments made, especially if there is no pressing deadline to meet.  This is to be a week of major accomplishments so we begin our new year ready for all the busyness that comes with a large family.

I have listened well and the list was wrote last evening.  I have been working steadily on the list today.
I love that he is very willing to help me in this area.  Before ttwd/dd I would have simply ignored his help.  I would have plugged along at my own pace doing things slowly and not completed the whole task.  I have been known to leave things on the back burner so to speak for ages.  I have been effectively listening to my sweet man.  I am making progress and in this progress we are growing closer together.